Why we make risk decisions based mostly on emotion

Despite our best intentions, education, intelligence and analytical ability, there is plenty of evidence to support the assertion that we make our risk management decisions in the emotional part of our brain. Sad but true – we’re not the logical beings that we might like to think we are when it comes to risk management. Studies have shown in fact that stroke victims who have damaged the part of the brain that controls emotions are often incapable of making decisions. Even when provided with obvious rational data to make a decision, they often are unable to simply settle on one option.

And yes, we are perfectly capable of analysis and logic – we just don’t use it as often as we think we do. The neo-cortex in our mammalian brain can reason and make more nuanced trade-offs about long term risks but it's also much slower than our other systems.  We actually have two systems for managing risk:
Our limbic system in particular, is very fast, relatively autonomous and for very good survival reasons, able to hijack our thought processes for fight or flight responses. Unfortunately it doesn’t care in the slightest about abstract concepts like cancer or climate change and given it's primacy in our decision making, it's a real challenge for our neocortex to over-ride the amygdala.

Not yet convinced? Head around to the back door of a hospital one day and have a chat with the Doctors and Nurses standing outside smoking.  Ask them if they understand the long term risks of smoking…  Then ask them what they are doing about it. The immediate pleasurable sensation that smoking releases is appealing directly to the limbic system which is busy self-medicating for depression. Feeling bad is a very visceral and immediate risk. Lung cancer is a very real but entirely abstract risk and you can tell which system is in control - at least for the smokers among us.

Equally this snowmobile racer at the 2011 Winter X Games has a fair idea of the risks associated with racing snowmobiles, but it's fun!  The limbic brain is balancing up the risks and it feels good, so the potential risks of broken bones, paraplegia or death although real, are abstract concepts that our emotional brain struggles to fully evaluate. 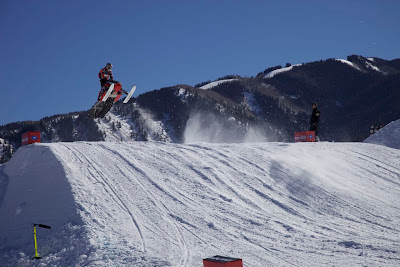 We are definitely getting better at making more informed risk management decisions (witness the number of people quitting smoking) but next time you’re in a meeting and you see someone making what sounds to you like a completely inexplicable decision or an ill-informed risk management choice, perhaps ask yourself, "which part of their brain is making that decision?"

On a more positive note, almost invariably when I’ve been called in to do a risk assessment for an organization, I’ve found that the majority of recommended risk treatments are already underway in that organization. Managers, or at least good managers, have an intuitive sense of what the risks are and what needs to be done and usually, even if they haven’t articulated or fully understood the risks, they’ve started projects or activities that are addressing them.

Need an example?  When the US Government put National Guards outside airports and took tweezers away from the flying public it was ostensibly to reduce the risk of terrorism and many people even believed that.  In reality it was a knee-jerk reaction. Security guards taking tweezers from the flying public does nothing to reduce the risk of hijack, while putting national guards out the front only increases the casualty count if there is a car bomb in the carpark .  Step back for a moment and you'll see just how emotionally driven these risk treatments were.  But also consider that without (most) decision makers consciously realizing it, they were in fact addressing the much greater and more immediate (real) risk, namely financial collapse if the travelling public lost confidence in their air transport system.

This was a clear example of an emotional risk decision which turned out to be the right one, and the good news is, that we do very often make excellent risk decisions by relying on our gut.  Sadly though, we also have a long, long list of abysmal risk decisions made by our gut – or perhaps I should say more correctly, not abysmal decisions but rather, vested decisions.  The next time you see a politician or leader make what looks like a bad decision, think again.  Sometimes it is the amygdala getting into the act, and sometimes it’s just that the risk they are managing is their personal career risk - not the organizational or societal risk they profess to be addressing.

That last point is worth reflecting on and we’ll come back to it later when we talk about how you can influence managers to make better risk decisions. You need to understand their personal incentives, risks and biases at least as well as you understand the collective organizational risks.